We chose a black granite that was treated to appear like leather – the surface has been contoured and is pleasing from both an aesthetic and tactile perspective. The design for the surround included the following characteristics:

The guys from our neighborhood counter top firm ended up coming twice to install – the first time the surround did not fit perfectly, plus, the lead installer identified a structural enhancement that would address a stability risk that existed if we just adhered the face to the fireplace frame without any load-bearing by the floor. 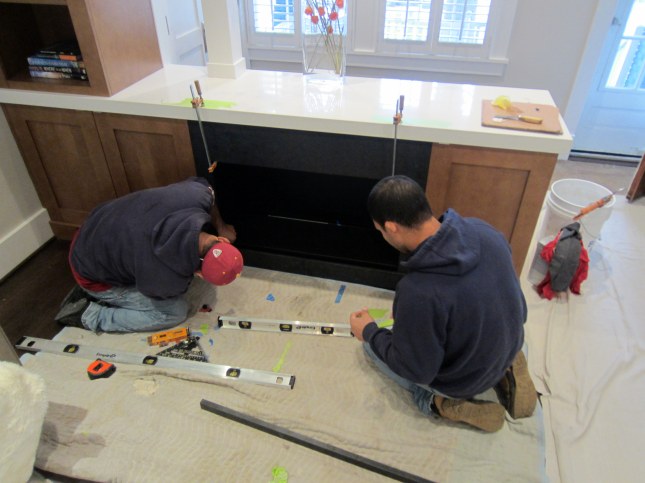 The finished product worked out perfectly. All of the new, stone surfaces are aligned with the existing wood cabinetry, exactly as designed.

The functional element of the design referenced above was a 3/8″ gap between the bottom of the surround and the floor. This subtle gap is sufficient to provide the oxygen supply to the gas fireplace without distracting from the overall aesthetics of the surround.

While awaiting installation of the quartz counter tops, the fireplace installation vendor popped in the Spark fireplace, which is embedded in the built-in cabinets at the front of the house: 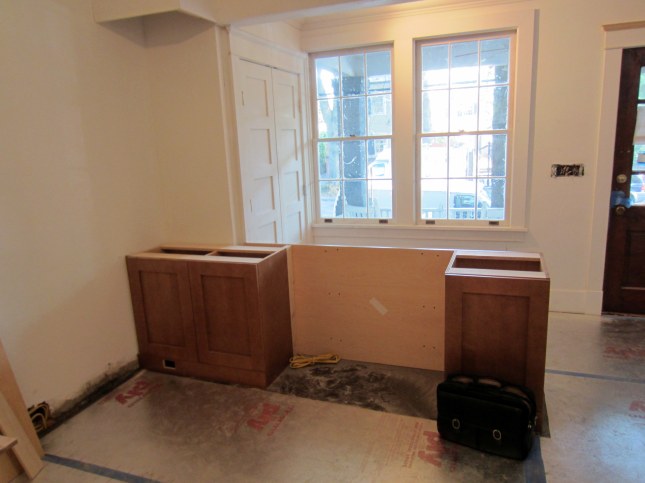 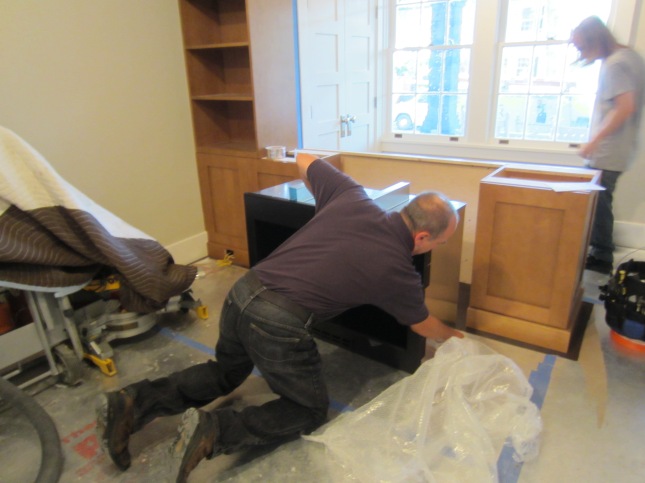