Before and After – Second Floor

The second post to bring closure to the WolfeStreetProject addresses the end result of renovation on the second floor. Before and after photos are presented below; some posts early on in the project documented the demolition of the upper floor (and discussed some of the discoveries of the original house that had been concealed for decades):

Before demolition actually began, we had developed a plan with our architect for transforming the second floor space. When there was a debate about whether we had the space for two bathrooms, Ben asked a great question: “So, let me get this straight, Kevin, you all wake up, Lisa heads to the shower on the second floor, and you head down two flights of stairs to take a shower in the basement?”

The design, including the addition of a second bathroom on the second floor, became pretty clear after that.

The floor plans for the before (bottom) and after (top) designs for the second floor are presented below. 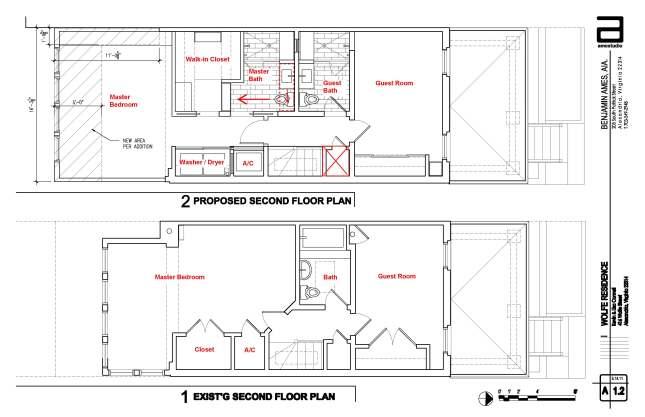 Unlike the design goal posts for the first floor, we didn’t blog about the goals for transforming the second floor. However, a walkthrough of the second floor during framing, when a visiting building inspector from Pennsylvania was in town for a half marathon with Lisa, provides a brief summary of how the space would be used:

Although we had plenty of unforeseen issues and a few design changes along the way, the trauma and stress of the WolfeStreetProject definitely paid dividends – our design goals and functional living space aspirations, remarkably, were all met. One of the greatest additions (actually, a subtraction) by our second architect, Natalie, was the removal of the linen closet in the stairwell, noted by the red X above.

Presented below, with minimal commentary, are before and after pictures of the second floor to provide a view of the final product. 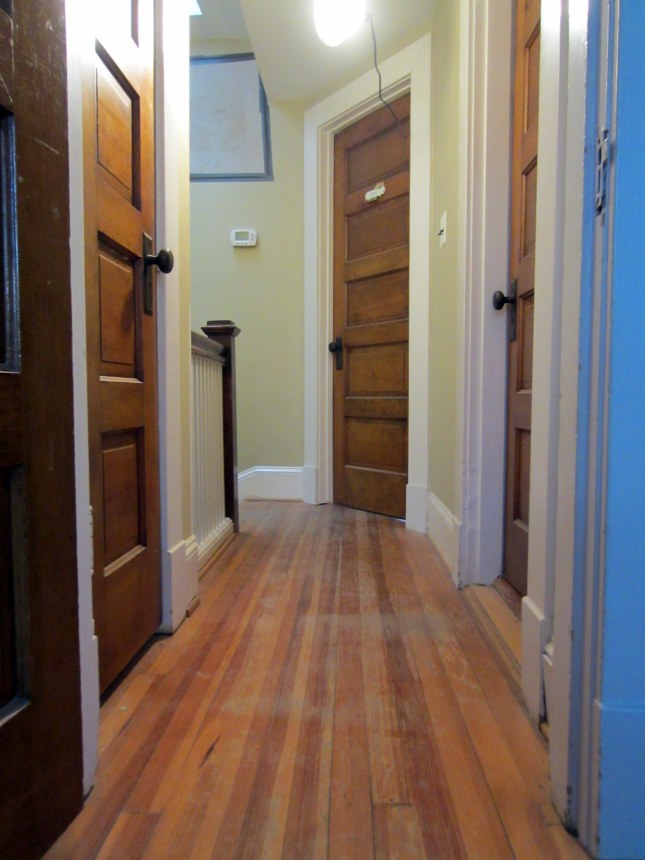 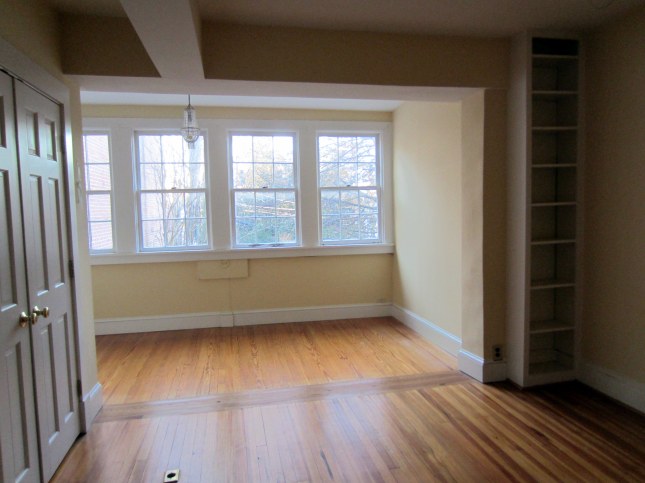 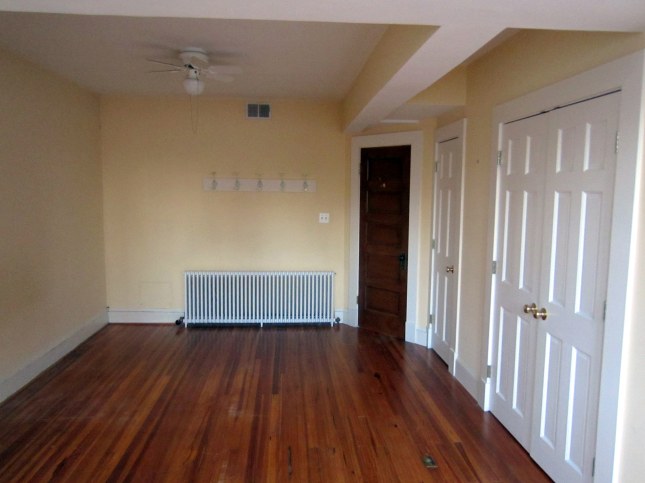 And, after (the renovation to this space included a 5′ bumpout to the south, a new bathroom, walk-in closet, and en suite washer / dryer): 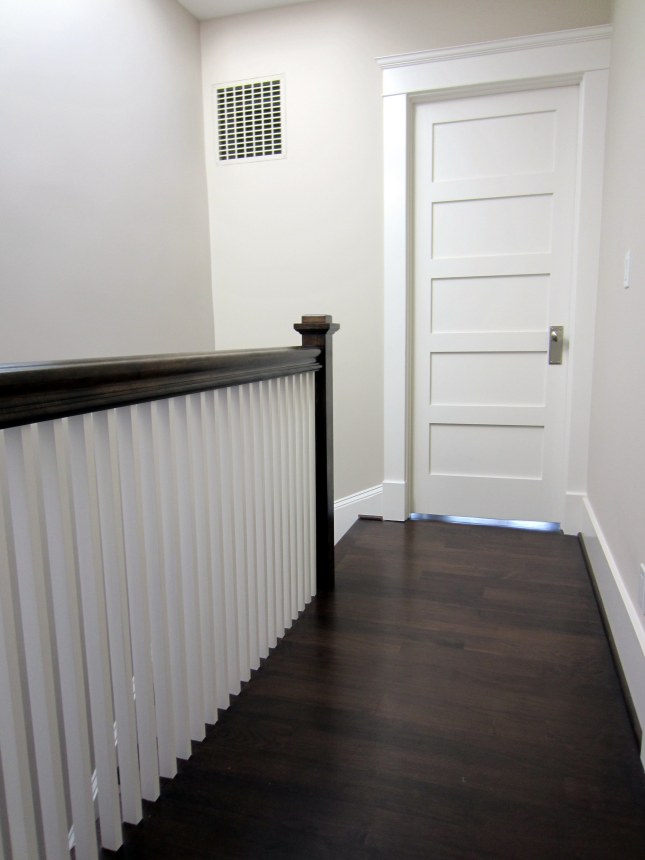 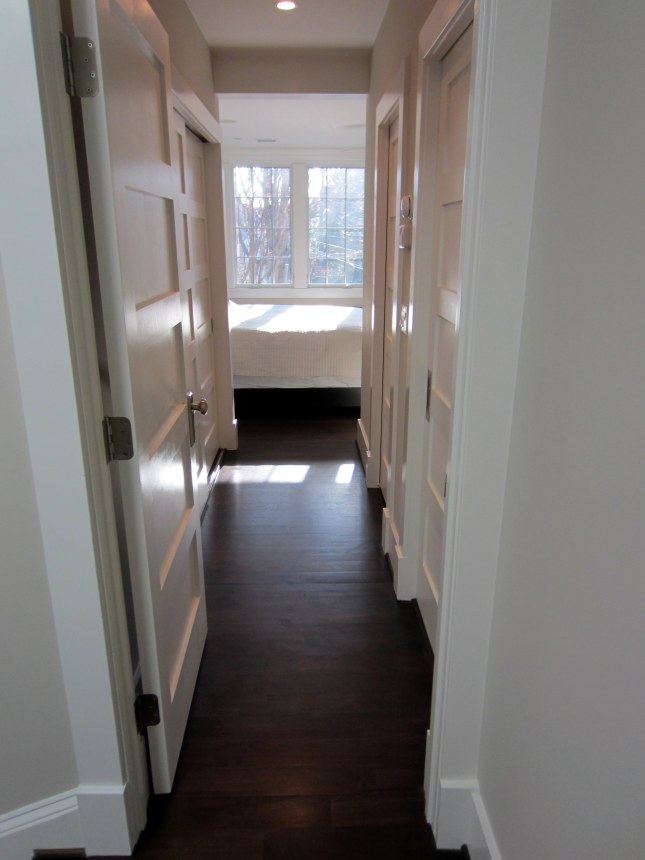 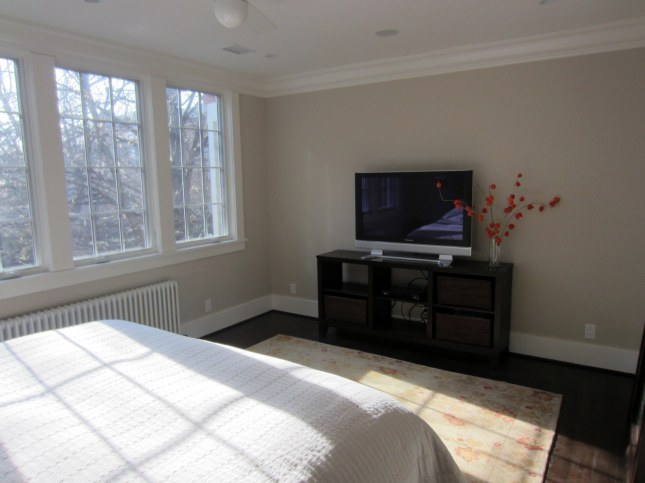 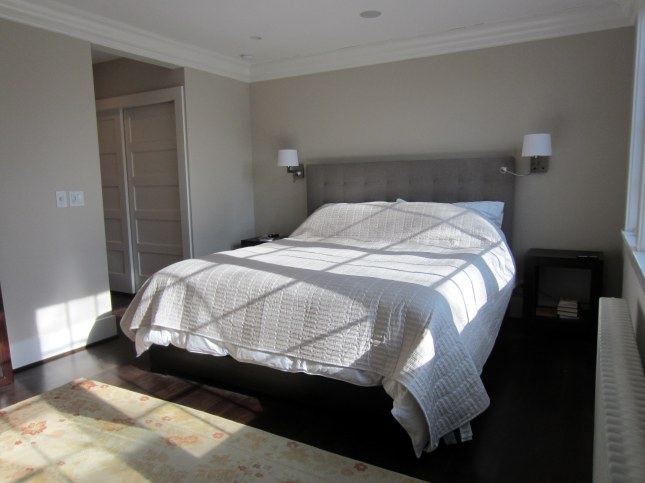 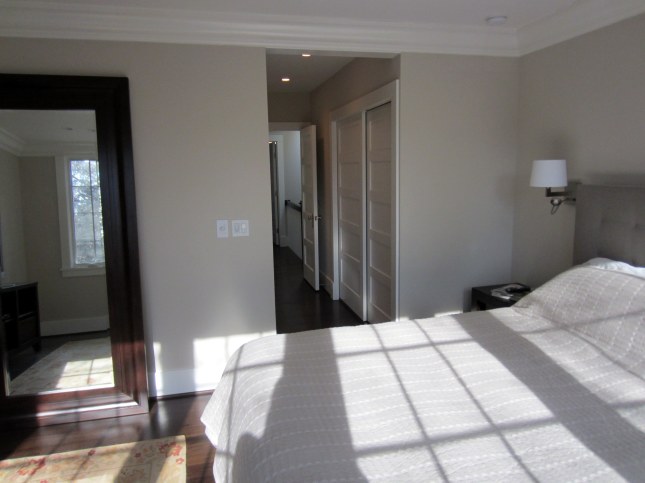 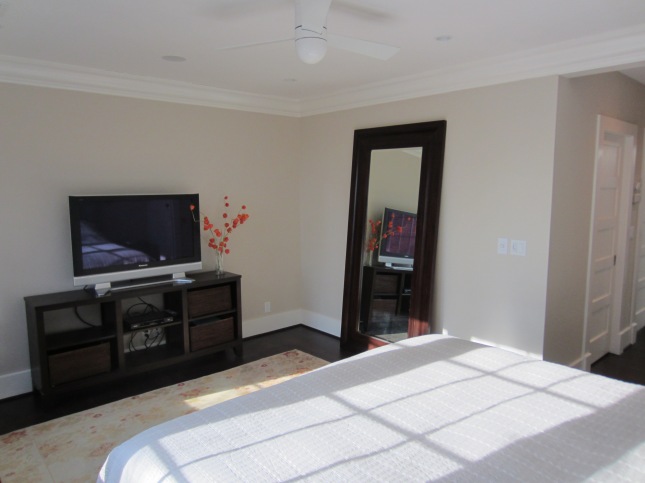 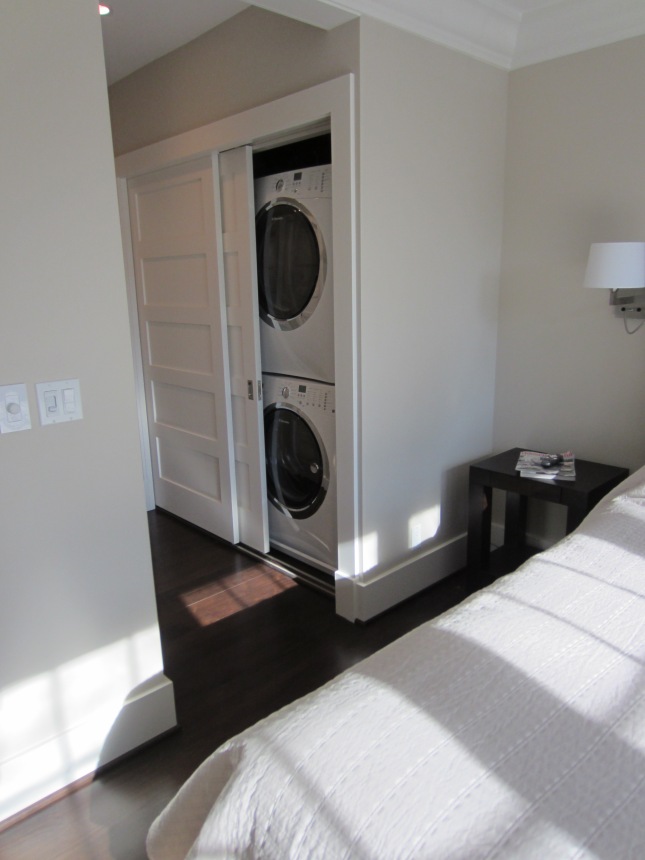 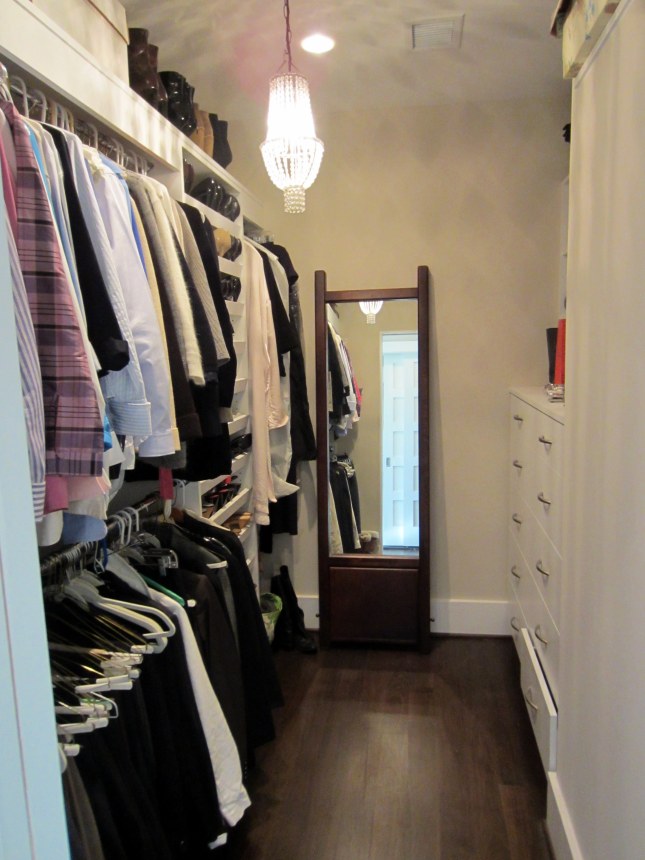 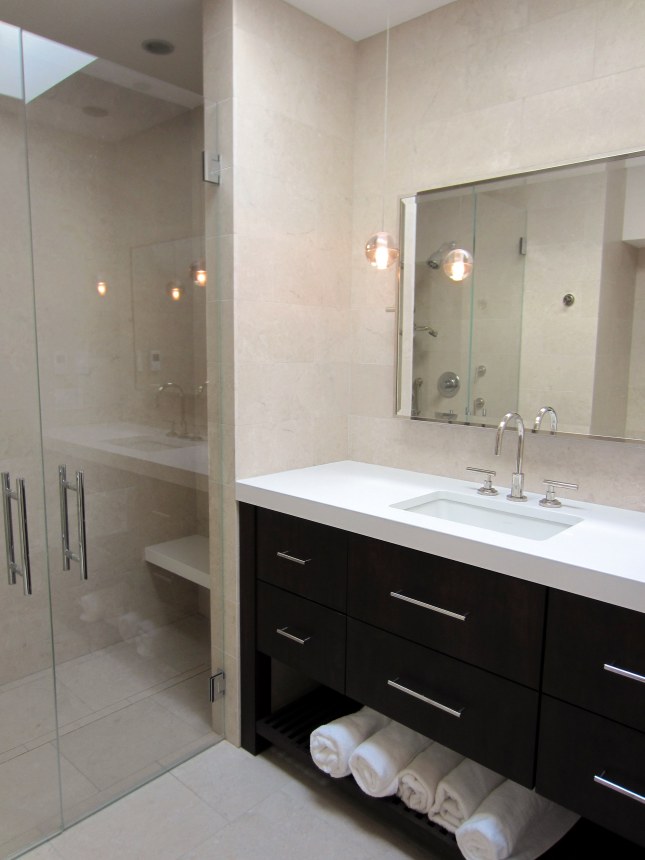 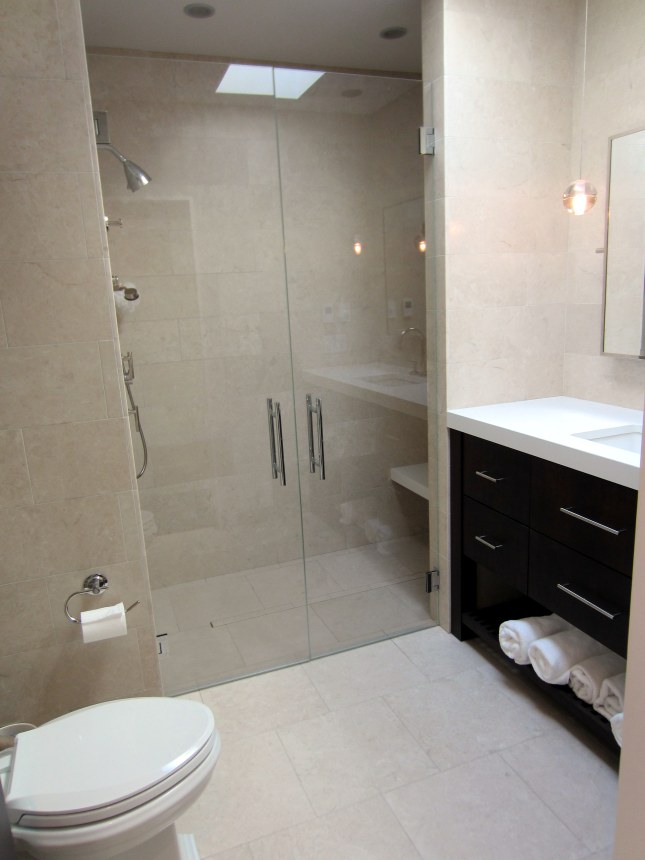 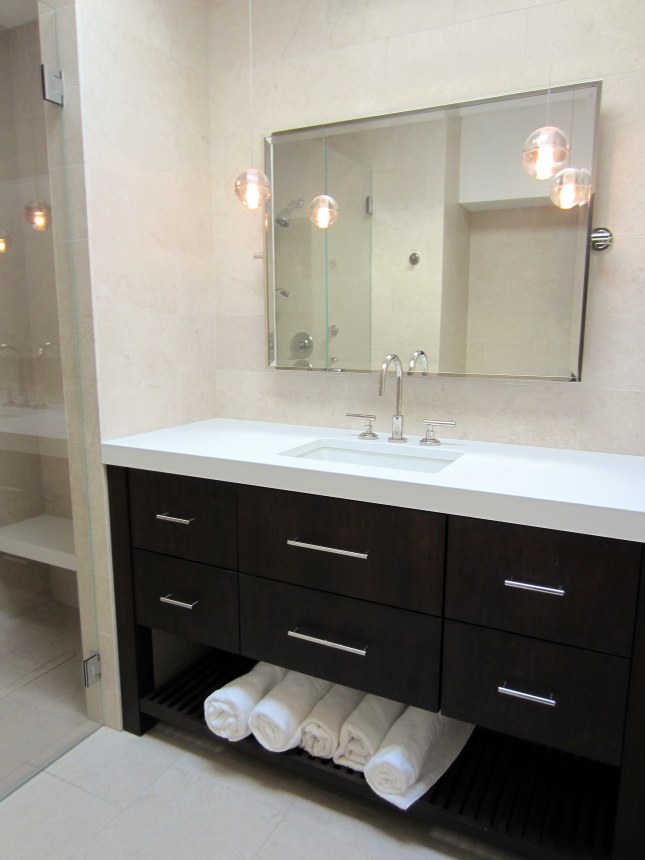 Guest room and second-floor bath before: 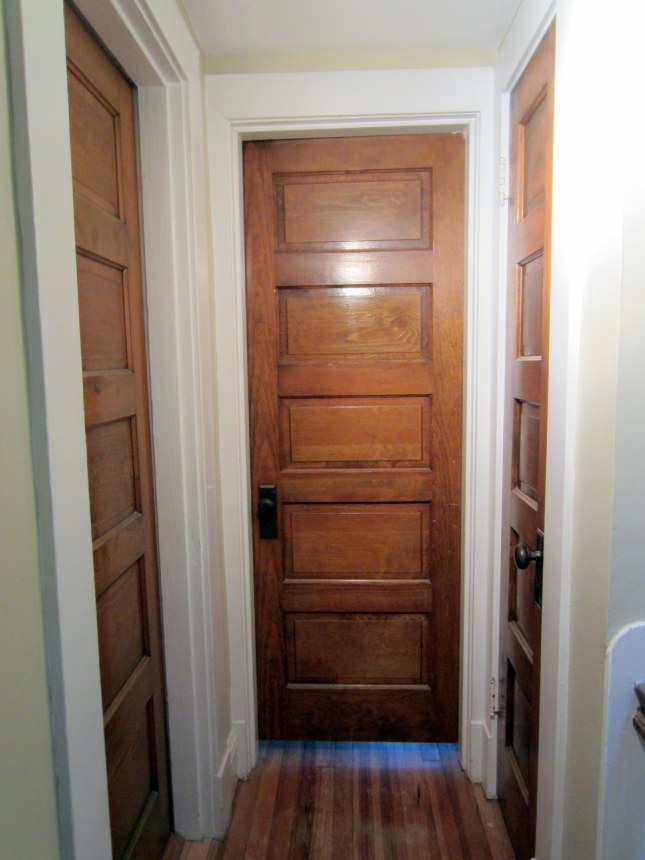 And, after, including Natalie’s brilliant idea to demo the linen closet (RIP, narrowest 5-panel door in the world . . .): 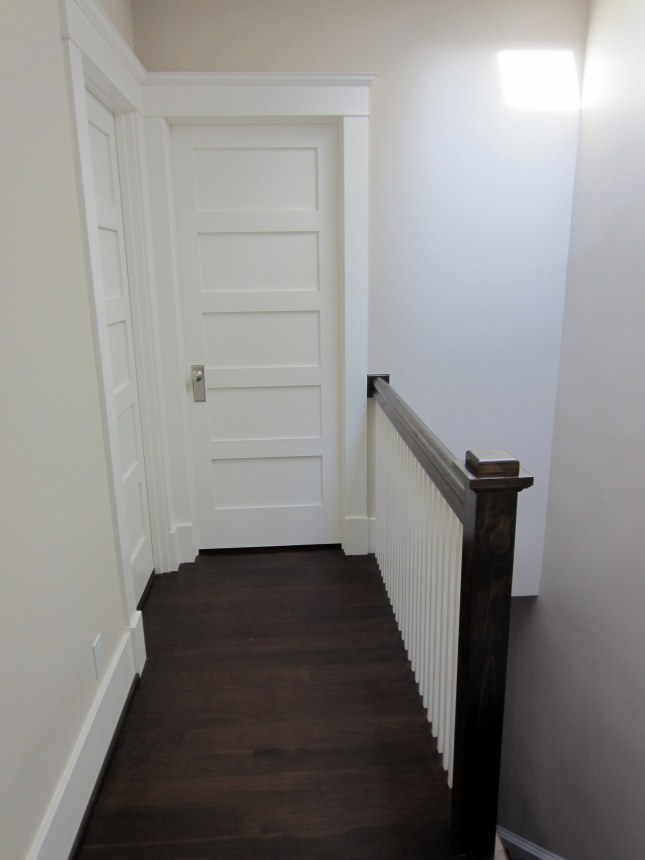 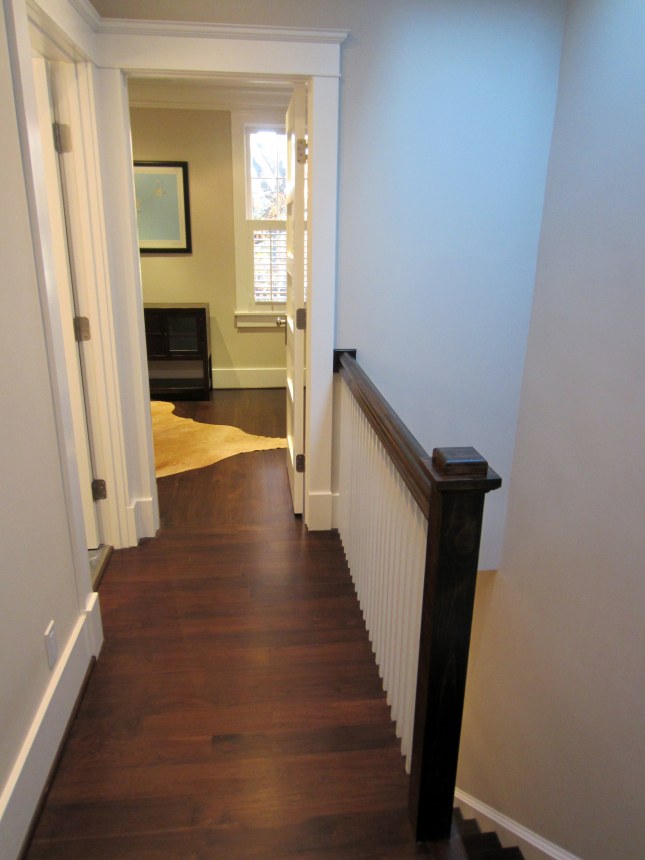 Guest room before and after: 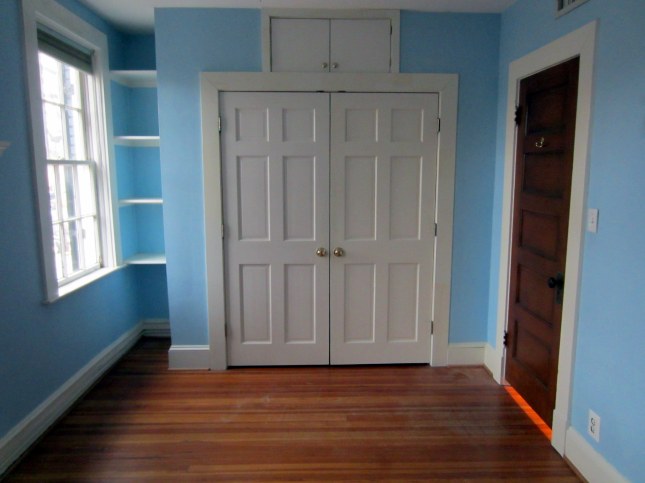 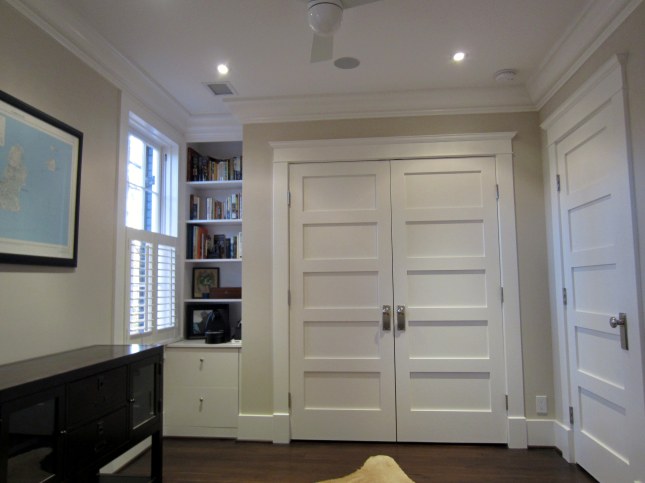 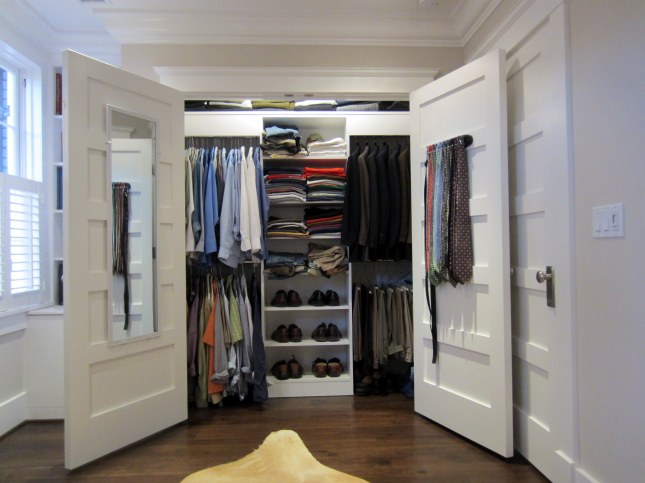 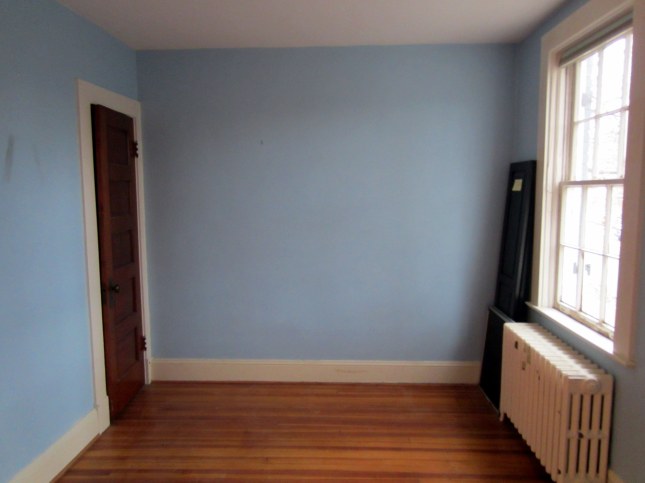 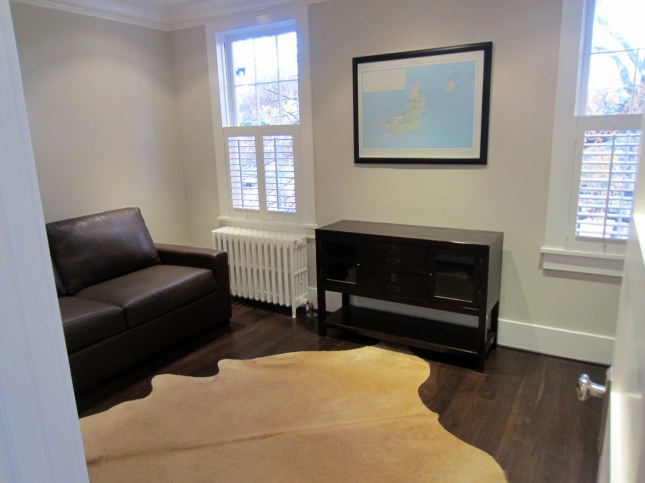 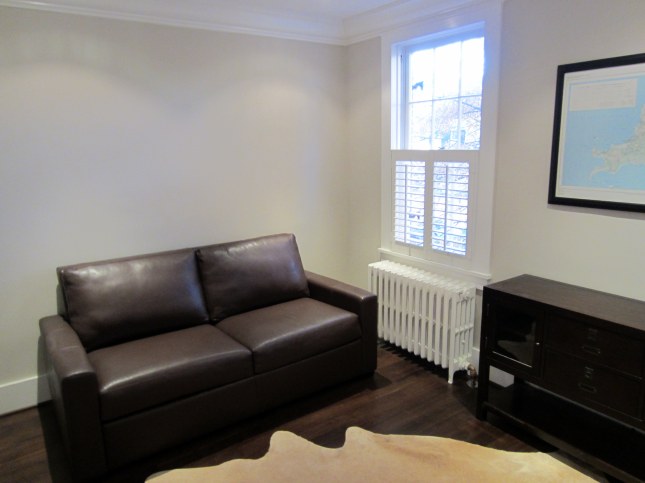 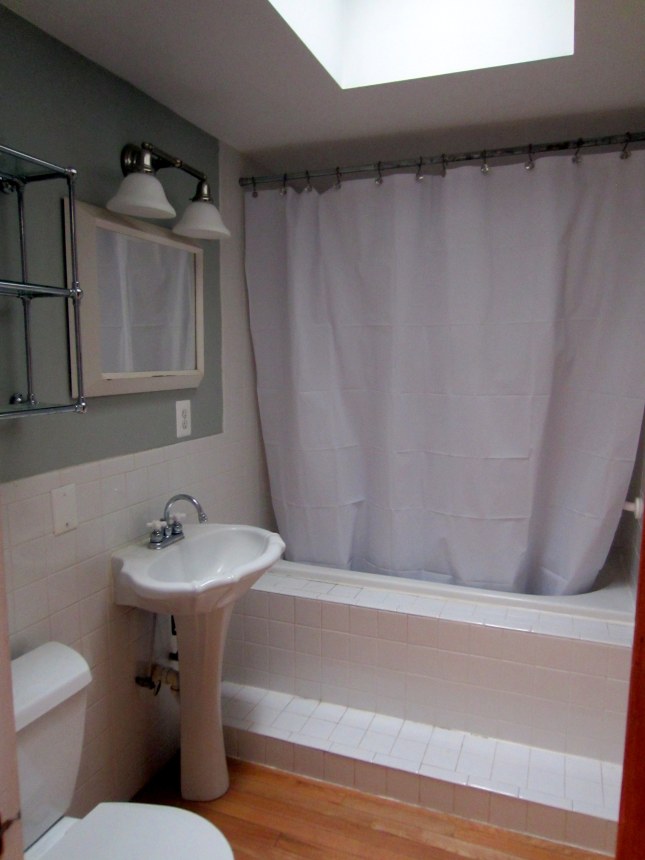 And, guest bath, after: 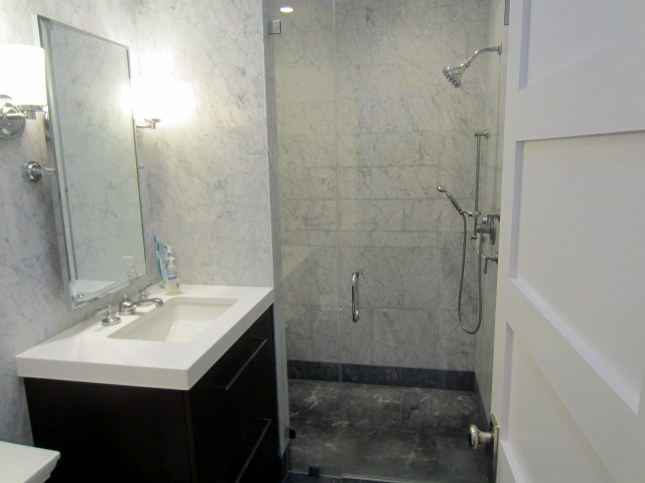