Windows to the World

In mid-April, the windows and kitchen door arrived, and began to be installed. The windows all are casement, and the upstairs units (kitchen and master bedroom) are left- and right-hinged, while the basement pair are awning style – they’re hinged on the top. Here they are as they were initially placed.

The basement awning windows from inside. Also visible in the picture are the three, chemically stripped radiators that we salvaged from the house. More on those in a future hydronics post. 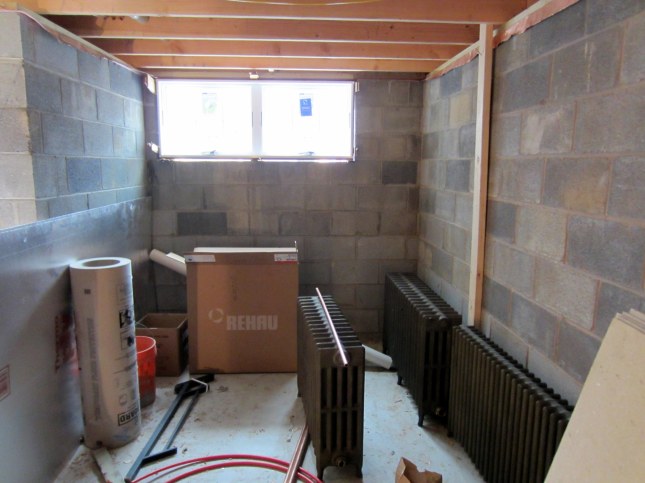 The placement of the two windows in the kitchen proper (there’s also another, narrower window at the rear of the house, but that isn’t actually in the kitchen) was critical, and the focus of attention by multiple parties. The windows had to be placed so that the faucet–centered on the sink–would also be centered between the windows. The kitchen windows also had to line up precisely with the two, easternmost, identically sized windows in the master bedroom.

Here, our kitchen designer, Tricia; our foreman, Dave; and our architect, Natalie, check out and measure the newly arrived units.

Tricia moves on to the kitchen area where the windows will be installed to confirm measurements.

All things in life offer opportunities for competition, and checking measurements in the kitchen is no exception. Here, we have: The Duel of the Tape Measures! 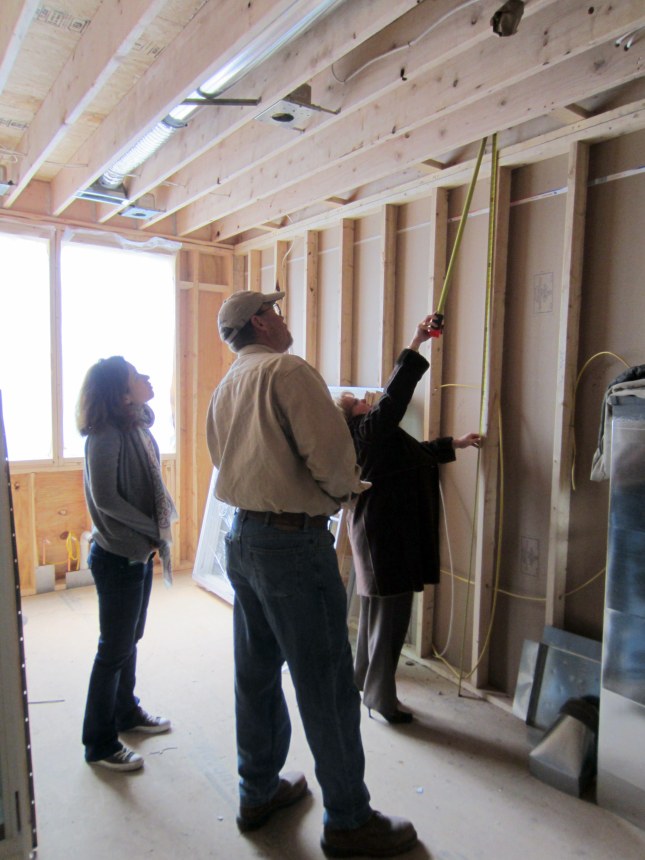 I think everyone just wants to have their own measurements, and not rely on numbers reported by others. They’re actually measuring the partial bay on the east side of the ceiling to determine if a big vent line for our new, 36″ range can fit here (luckily, it can).

As seen in the first floor design goals post (https://wolfestreetproject.com/2012/03/31/transforming-the-first-floor-goals-and-design-plans/), we originally were going to install a standard-height door at the rear of the house, with a transom window over it. However, we like the look and function of a taller door better, and so modified this design late last year. Here’s the door before installation.

At this point, the master bedroom windows have been roughed-in, but not fully installed; shims are still in place on the bottom. 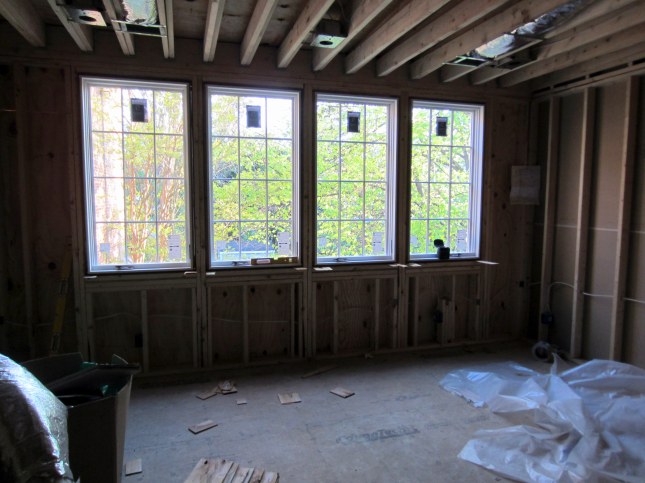 A view of the installed door and windows on the first floor: 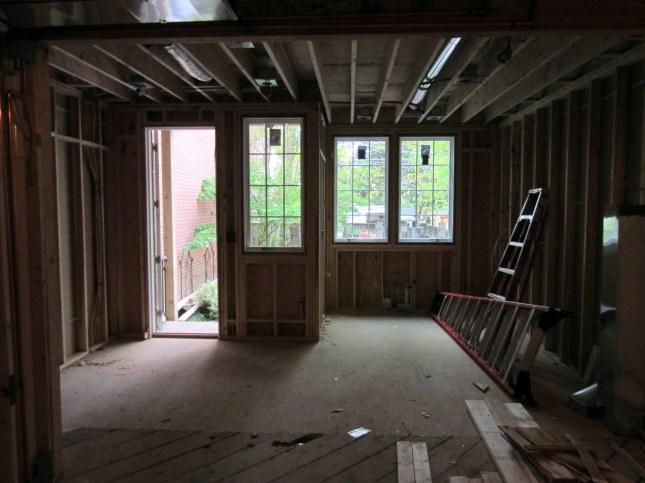 And fully installed windows in the master bedroom (the drawing to the right is the architect’s wall section the builders were using to erect the walls): 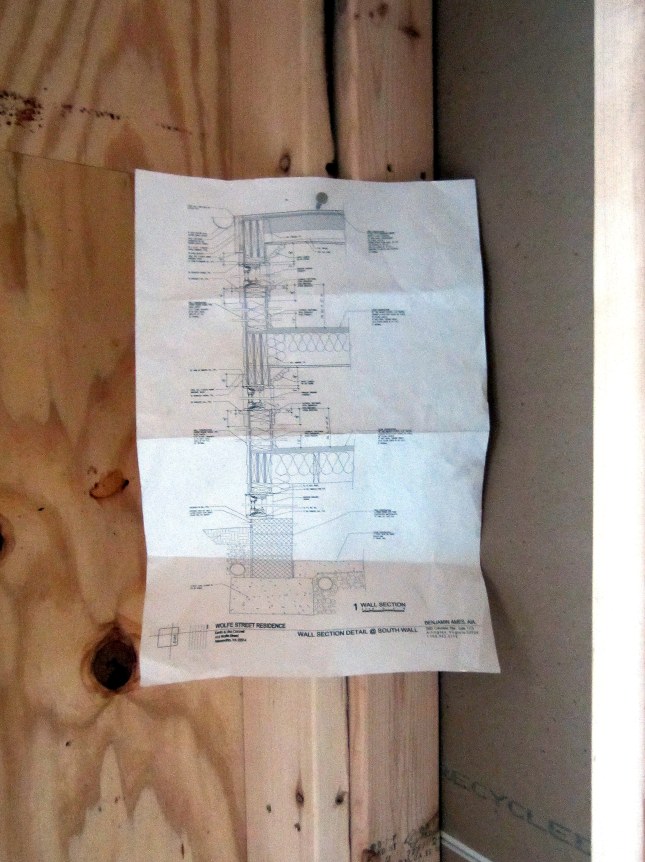 A view of the new windows from the exterior:

Between window arrival and window installation, spring has come to the trees in the back alley: 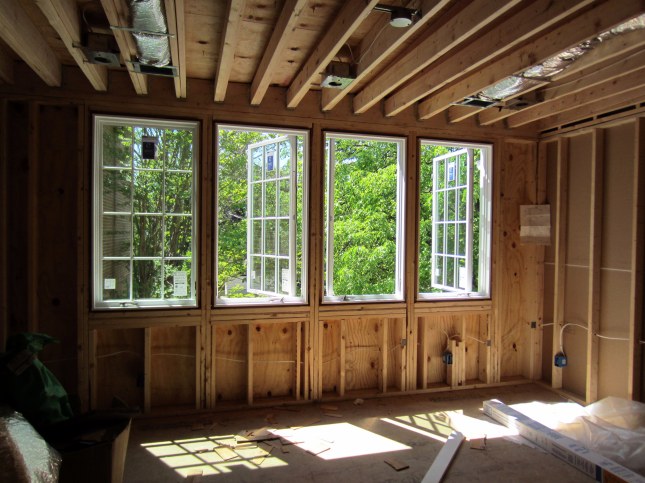 A view of the new landing area at the back of the house. At this stage, trim has begun to be added to the pillar and elsewhere – full coverage of the trim and siding that follows is the subject of the next post.