After framing went up at the back of the house and house infrastructure elements were installed, insulation activities began. As indicated in posts during the demolition stage, our old house had absolutely no insulation. Seriously:

With the renovation, we’re properly insulating all of the exterior walls that are framed. We can’t do anything about the front of the house or the eastern wall north of the framed area, since these walls are solid brick. The west side is a party wall, so no need to insulate there.

This post shows the aftermath of isynine insulation application.

The insulation sub did a great job. Below shows the foam insulation in the roof deck over the master bedroom looking southwest. The roof is directly above the rafters at the south of the house due to the roof slope, so the foam will occupy the entire area between the drywall that will be installed on the ceiling and the roof):

As we look north on the second floor, the foam begins to adhere to the roof above the rafters, since the roof deck is sloping up.

Insulation around the stairwell skylight: 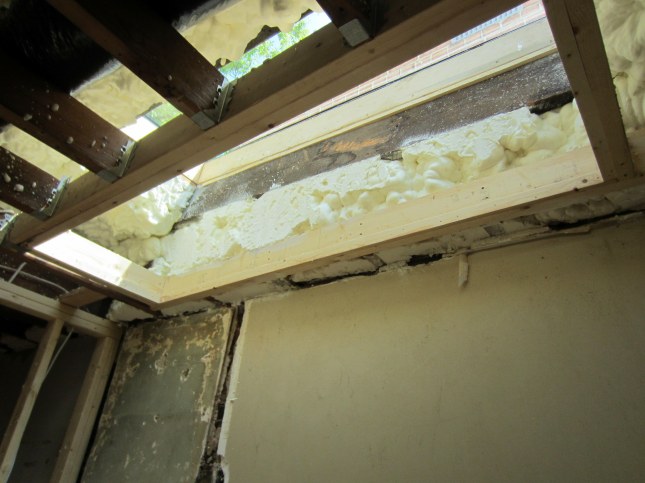 And, in the guest bedroom, looking west, where it has completely covered the in-line fan units described in this post, as well as the accompanying video: 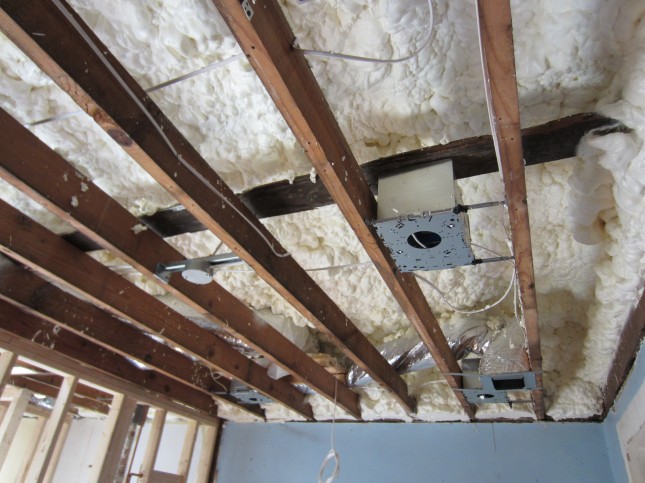 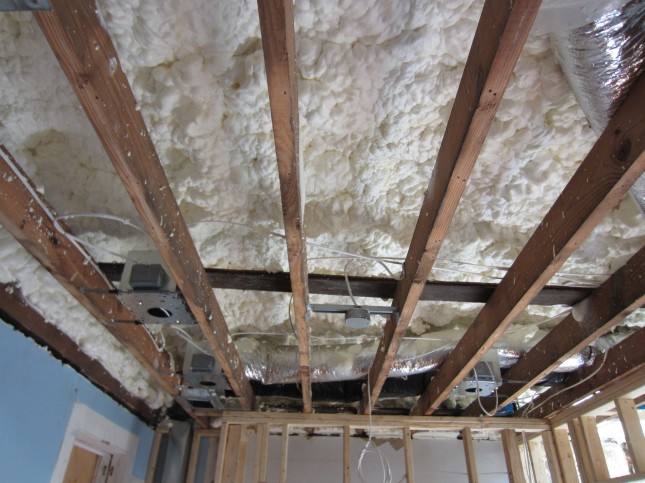 We’ve also installed foam insulation in the joists below the overhang in back that was created by the master bedroom bumpout: